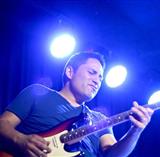 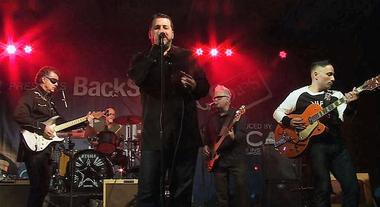 Hank Mowery raced onto the local and regional blues scene in the Mid 90's with his band The Hawktones. As General Manager of The Rhythm Kitchen Cafe, Mowery honed his skills jamming nightly with the local and national blues acts that happened through The Kitchen.

In 1996 & 1998 Mowery had the opportunity to tour with Blacktop recording artist Mike Morgan & The Crawl. Mike Morgan comments "I was amazed that Hank could step in on a national level like he did.  He is a cool harmonica player and singer with old school feel, like Little Walter and Big Walter Horton...two minutes into our first show we knew he wasn't a replacement, he was part of the band!"

With the release of his new CD ACCOUNT TO ME on Old Pal Records and now EXCUSES PLENTY on BLUE BELLA RECORDS, Mowery leaps onto the international scene and is causing a buzz around the roots community. The fresh sound of the recording, different textures in the music and strong musicianship are causing people to stop and take note of the formidable blues/roots outfit.

I am very fortunate to be surrounded by some of the best talent around.  My goal is to always be the LEAST talented guy in the band!

TROY AMARO - Guitar (Kalamazoo MI) Troy is truly one of the tastiest players you will see. Never looking to grab the spotlight, but instead looking compliment everyone else on the bandstand.

CHRIS COREY - Piano (Rockford MI) Chris is a musical encyclopedia. Having played internationally with a variety of bands, Chris picks his spots and enhances any band he is playing with.

CHRIS BRACEY - Drums/Vocals (Grass Lake MI) With a career spanning some 40 years, John can cover anything from straight blues, to swing, to jazz, to funk and rock.

PATRICK RECOB - Bass/Vocals (Kansas City MO) Best known for his work with LEE MCBEE & THE CONFESSORS and THE GARY PRIMICH BAND Patrick is well respected around the country for his playing and comic relief.